DesignStudio has designed the new identity of travel industry company Dayuse, which seeks to show that the brand offers its customers much more than “a cheeky rendezvous”.

Launched in 2010, Dayuse offers “microstay” bookings at hotels – that is, offering the use of hotel rooms and facilities for portions of time throughout the day, rather than just overnight.

Common uses include booking rooms for business meetings, or for spa days. DesignStudio was brought in to give the company a “flexible” brand, which could work across the expanding number of uses the service offers. 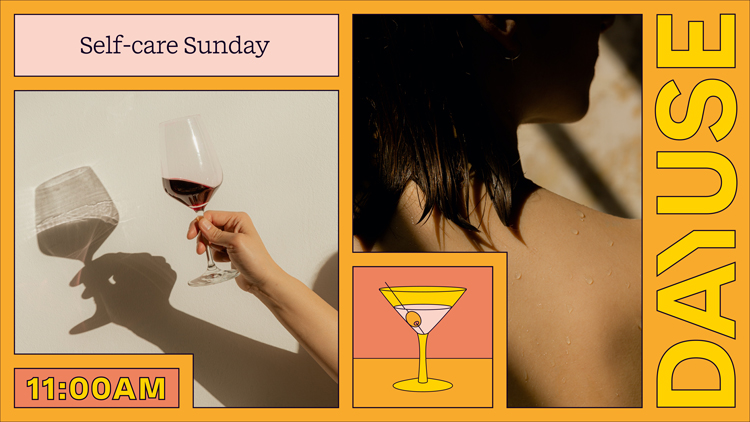 "A little kick of personality which marks it out as different"

Work on the project started in 2019, according to creative director Alexis Sellal. The project began with a trip to Dayuse’s headquarters in Paris, where the team conducted a sensory workshop with the brand.

It was here that the brand’s visual language – based on the concept of “ginger and honey” – was conceived in earnest. Early work with this company involved a taste workshop, and all of the team gravitated towards the flavours of ginger and honey, she says.

“We realised this was ideal for Dayuse, because while the experience of booking a hotel slot with them is very smooth, the brand still has a little kick of personality which marks it out as different,” Sellal says.

Multiple elements of the identity feature nods to this contrasting inspiration. For example the two typefaces used. A bold sans serif type has been used for much of the communications, and this is complimented with a smoother serif font for supporting use.

Turning the “somewhat mundane” into “character”

DesignStudio worked with illustrator Berlin Michelle who developed illustrations used throughout the identity, reflecting the different moods of the project. Meanwhile the DesignStudio team has created pictogram icons which reveal how time might be spent in hotels.

Sellal says Michelle’s illustrations needed to be able to take “somewhat mundane” objects – like glasses, chairs and bathrobes – and turn them into something “characterful”.

Her illustrations are positioned across the ginger and honey spectrum. More functional “honey” elements include calendars and map pins. Meanwhile “ginger” details are more “mood-specific”, like bubble baths and cocktail glasses, the studio says. 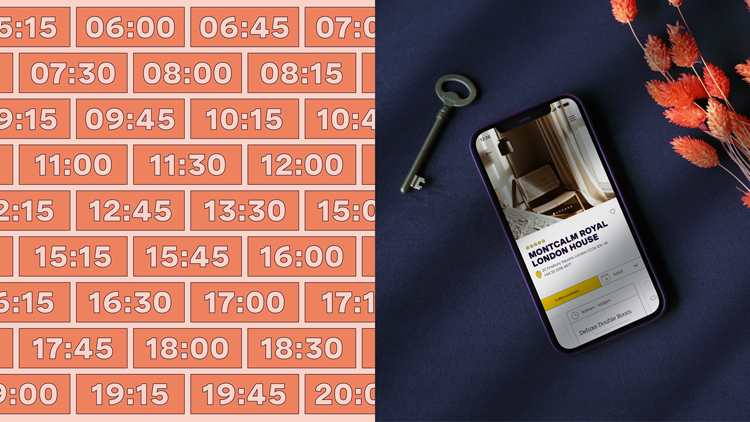 "Welcoming, but still with some punch"

The identity’s window design system allows the company to tell “multiple stories at once”, according to Sellal. The “dynamic system” moves and changes in accordance with how the brand needs to communicate, she says.

This is juxtaposed with a cool-toned colour palette. “We wanted colours that references the clue in the name – that this was a company for the daytime,” says Sellal. “These felt welcoming, but still with some punch,” she adds.

The colours are supported by secondary colour palettes which delineate three different “moods”. The first mood refers to relaxation and booking hotel time for things like spas and pools; this colour palette is dark purple and blues. For business-related bookings, the colours are a brighter green, which she says has a more professional feel.

The third mood is romance. While the Dayuse team wanted to show that they were more than a service for “cheeky rendezvous”, the new look emphasises that there are several ways to have a “date day”. This colour palette features reds and pinks.